HOW the TIDE IS TURNING  ON  TRUTH

​“In wartime, truth is so precious that she should always be attended by a bodyguard of lies”. Winston Churchill 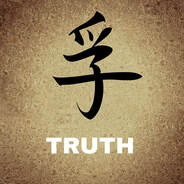 As we suffer daily from data overload sending some 2.2 trillion texts every year, surely we are justified in our concern over what is true and what is fake? The question ‘what is truth?’ is therefore highly relevant though not new. It was asked by a Roman governor called Pilate in AD 33 when Jesus Christ stood before him on trial. There are generally two views on what truth is.

Every culture has attached a meaning to truth that is universally accepted and understood. In Chines the characters that mean truth are formed from characters that depict an immortal transforming and ascending to heaven. Jesus said before He went back to Heaven "I am the way, the truth and the life" Jesus made it clear that 'truth' was absolute, it was someone we could rely upon beyond even time. He did not say "I am a truth" but 'the truth'

Absolute truth  is discovered not invented. It is absolutely true that one day we were born and one day we will die. Boiling water burns you whether it is in 2018 BC or 2018 AD! Relative truth claims that truth is not fixed because it is linked to people and perceptions that are always changing. Language also changes and therefore so does truth. If I say it is true for me then it is true. But wait...

“If you claim truth is relative you run into an immediate problem because to say, “There are no absolute truths,” is to claim an absolute truth statement.

This is the dangerous position our nation is sliding into. Humanism's exclusion of God necessitates moral relativism. Humanists believe one should do, as one ‘feels’ is right. But feelings change... Relative truth doesn’t make sense and doesn’t explain the order of our universe. Nor does it answer why if we are mere molecules we have a sense of morality. Where did morality originate from? Also if truth is relative lies also are relative. In reality the majority of people quickly determine truth to be absolute when it is going to hurt them or place the at risk. Someone accuses you "Is it true that you said this about me?" Your reply "absolutely not!"

When we look at our universe we discover laws that are absolutely true. The tides ebb and flow according to the moon. During the day, the Earth rotates 180 degrees in 12 hours. The moon, meanwhile, rotates 6 degrees around the earth in 12 hours. The twin bulges and the moon's rotation mean that any given coastal city experiences a high tide every 12 hours and 25 minutes or so. Hardly random evolution! This is true order and where did it come from? Atheism is constantly moving the goal posts as to the age of our earth. The absolute truth is they don't know how old it is!

In contrast the claims of the Bible to be absolutely true rest on clear evidence. It is a written record because after all if God created all things we cannot expect someone to have been there to watch. Let us examine 5 statements that are absolutely true.
1) The bible claims that the universe was created by one eternal God who designed and created something we can see which demonstrates His power. From what I see that is absolutely true!
2) The bible foretold the arrival of and the exact order of 4 world empires in succession. Absolutely true. They all followed in succession Babylon, Greece,
​Medo-Persia and Rome.  Even the British Museum agrees now!
3) The bible prophesied where Jesus would be born 600 years before hand. Absolutely true.
4) The bible says we will all die - The evidence is absolutely true.
5) The death burial and resurrection of Jesus Christ has been reliably recorded and the evidence has never been proved false. - Absolutely True!
​
"If the Bible isn’t true, nothing matters. If the Bible is true, nothing else matters."
​
So don’t queue up for the comforting lies of relative truth when you know it is not true! A philosophy teacher once told his class that everyone's opinion was equal then promptly failed half the class because he didn’t agree with their essay! God is true and one day will judge us in light of the truth He has revealed. That is why we need to repent from our sins and trust Jesus Christ.  Jesus said “I am the way the truth and the life. He also said “Ye shall know the truth and the truth shall set you free.” Jesus also said, “I am the way, the truth, and the life: no man cometh unto the Father, but by me. John 14:6 . Jesus turned the tide on truth!